A Strimzi Kafka Quickstart for Quarkus with Strimzi CLI 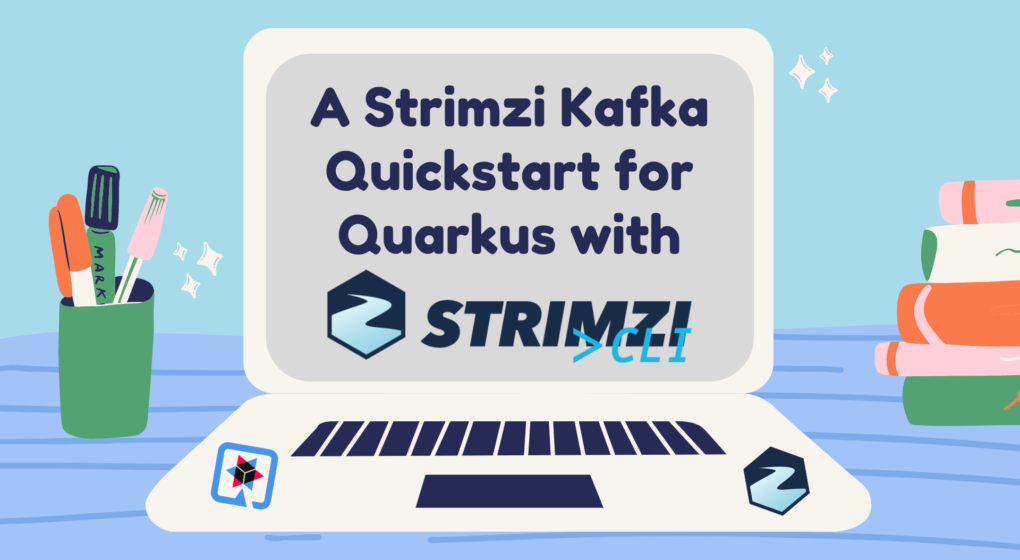 This project illustrates how you can interact with Apache Kafka on Kubernetes (Strimzi) using MicroProfile Reactive Messaging.

First you need a Kafka cluster on your OpenShift.

See here for other details about Strimzi Kafka CLI.

After installing Strimzi Kafka CLI run the following command to install the operator on kafka-quickstart namespace:

When the operator is ready to serve, run the following command in order to create a Kafka cluster:

A vim interface will pop-up. If you like you can change the broker and zookeeper replicas to 1 but I suggest you to leave them as is if your Kubernetes cluster have enough resources. Save the cluster configuration file and respond Yes to make Strimzi CLI apply the changes.

Wait for the 3 broker and 3 zookeeper pods running in ready state in your cluster:

When all pods are ready, create your prices topic to be used by the application:

Check your topic is created successfully by describing it natively:

The application can be deployed to OpenShift using:

This will take a while since the s2i build will run before the deployment. Be sure the application's pod is running in ready state in the end. Run the following command to get the URL of the Prices page:

Copy the URL to your browser, and you should see a fluctuating price.

In addition to the prices.html page, the application is composed by 3 components:

We generate (random) prices in PriceGenerator. These prices are written in prices Kafka topic that we recently created. PriceConverter reads from the prices Kafka topic and apply some magic conversion to the price. The result is sent to an in-memory stream consumed by a JAX-RS resource PriceResource. The data is sent to a browser using server-sent events.

The interaction with Kafka is managed by MicroProfile Reactive Messaging. The configuration is located in the application configuration.

Running and deploying in native

You can compile the application into a native binary using:

This demo is based on the following resources:

Visit the following link to clone this demo:

ASAP! – The Storified Demo of Introduction to Debezium and Kafka on Kubernetes 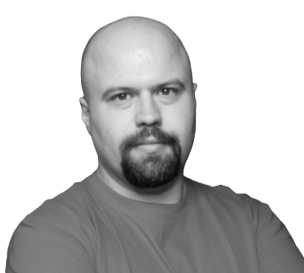 Hi. My name is Aykut. I am a Services Content Architect at Red Hat and co-organizer of Software Craftsmanship Turkey community. I created System Craftsman for both disseminating the term "System Craftsmanship" and sharing knowledge about technologies like OpenShift / Kubernetes, Microservices, CI/CD, Middleware (Camel, Kafka, Strimzi).

We use cookies on our website to give you the most relevant experience by remembering your preferences and repeat visits. By clicking “Accept All”, you consent to the use of ALL the cookies. However, you may visit "Cookie Settings" to provide a controlled consent.
Cookie SettingsAccept All
Manage consent

This website uses cookies to improve your experience while you navigate through the website. Out of these, the cookies that are categorized as necessary are stored on your browser as they are essential for the working of basic functionalities of the website. We also use third-party cookies that help us analyze and understand how you use this website. These cookies will be stored in your browser only with your consent. You also have the option to opt-out of these cookies. But opting out of some of these cookies may affect your browsing experience.
Necessary Always Enabled
Necessary cookies are absolutely essential for the website to function properly. These cookies ensure basic functionalities and security features of the website, anonymously.
Functional
Functional cookies help to perform certain functionalities like sharing the content of the website on social media platforms, collect feedbacks, and other third-party features.
Performance
Performance cookies are used to understand and analyze the key performance indexes of the website which helps in delivering a better user experience for the visitors.
Analytics
Analytical cookies are used to understand how visitors interact with the website. These cookies help provide information on metrics the number of visitors, bounce rate, traffic source, etc.
Advertisement
Advertisement cookies are used to provide visitors with relevant ads and marketing campaigns. These cookies track visitors across websites and collect information to provide customized ads.
Others
Other uncategorized cookies are those that are being analyzed and have not been classified into a category as yet.
SAVE & ACCEPT